Phoenix is a beautiful city in, and the state capital of, Arizona. Home to nearly 1.7 million residents Phoenix is also the most populated city within the state. The exciting and vibrant city is home to an array of amenities which include restaurants, shopping districts, entertainment venues, medical facilities and top rated schools.

View All Homes For Sale in Phoenix, Arizona >>>

The following is a list of the top 5 high schools located in Phoenix, Arizona and what makes them so exceptional.

Located within the Phoenix Union High School District is the highly rated Bioscience High School. The school was established in the downtown area of Phoenix, specifically in the Biotechnology center,  in 2006 and is home to approximately 375 students from freshman to senior year.

The award winning school has been the recipient of numerous accolades throughout the years which include ranking 27 in 2014 on the “Most Amazing High School Campuses In The World”. Phoenix Union Bioscience High School offers an all honors level curriculum which challenges and engages students throughout their years. Students who wish to pursue their studies in science, math and technology enjoy a rigorous program which includes  an additional “Better World Project” each year in addition to their regular classes. Senior students will participate in an off campus internship during their final year of study with one of the schools partnership companies.

The exceptional high school sees its graduates continue their post-secondary education at some of the top universities around the world as well as collect millions of dollars in scholarships, bursaries and awards.

View All Homes For Sale Near Bioscience High School >>>

Falling under the Phoenix Union High School District, Browne High School began accepting students during the fall of 1972. The school was named after a Canadian-born educator who was a professor at Harvard Medical School and donated the lands for a school to be built.

Trevor Browne High School is home to the largest comprehensive campus in the Phoenix Union High School District and offers over 60 clubs and activities for students to choose from. Along with the exceptional educational opportunities which include a challenging curriculum and specialized programs, students who attend Browne High School are able to enroll in unique classes such as Forensic Science, American Sign Language, Sports Medicine and Auto Technologies.

Thunderbird High School is a high achieving public school which is part of the College Board’s 2013 National Advanced Placement District of the Year and has been continuously listed on U.S. News & World Report's Best High School Ranking list.

The school, which ranks 57th out of all high schools within Arizona, is 2nd place within its district. It has also ranked higher than over 80% of high schools within the state. Students who attend Thunderbird, routinely \ make above average year over year progress.

Though academics are the main focus at Thunderbird, the school also offers an extensive extracurriculars list which includes many clubs, groups and teams. Students enjoy features such as arts, drama, political clubs, and interscholastic sports teams.

View All Homes For Sale Near Thunderbird High School >>>

Moon Valley High School is also part of the Glendale Union High School District and was established in 1965. The school has been noted as one of Arizona’s leading educational establishments and advertised they have a 96% graduation rate and a 80% extracurricular rate.

The well ranking school has received a number of awards and recognitions over the years which include being awarded as the Healthiest School in Arizona by the national Got Milk? Contest in September 2006, MVHS was awarded the State Department of Education Spotlight on Success Award in 2010, and also was part of the College Board's 2013 National Advanced Placement District of the Year.

Students who attend Moon Valley have access to the Blast Center which was opened in 2009. The student center is a place for students to congregate before and after school and features a day care center which is run by the child development class.

View All Homes For Sale Near Moon Valley High School >>>

Students who attend Washington High School have the opportunity to participate in one of the eleven Advanced Placement classes which include Biology, Calculus AB and BC, English Literature, French, Japanese Language, and Culture, Spanish, Studio Art, US Government, US History, Photography, and World History.

The school has received top grades of the last number of years which include the “Excelling” label by the Arizona Board of Education every year for the past three years.

Along with the standard curriculum and AP classes, students who attend Washington High School are able to achieve a well rounded educational experience through the wide variety of extracurriculars offered. Washington High School’s Interact club is one of the largest and most active Interact clubs in the world. The club does community service activities at least twice a week.

View All Homes For Sale Near Washington High School >>>

These are just a handful of the amazing high schools which provide excellent education to students throughout Phoenix. Preparing students for whatever their next steps are, whether it be college, or the workplace, teachers and staff throughout high schools in Phoenix strive to ensure each student reaches their highest potential both inside and outside of the classroom. 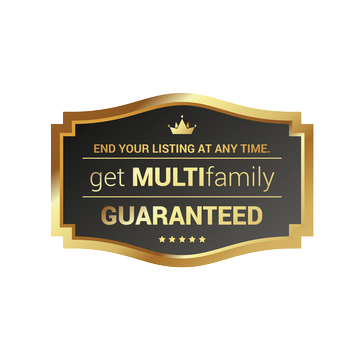